Sundays on the Trail: Burning River 100 Training Runs #1 and 2

One week after my scorching experience at the Rite Aid Cleveland Marathon, I finally got my first taste of what is going to be the 2012 edition of the Burning River 100 mile Endurance Run, and, for the devil on my shoulder beckoning me into the grips of ambitious insanity-- the USATF National 100 mile Trail Championship, which basically means I'll simply be running without the luxury of a Garmin, headphones, pacer, etc. as a USATF member. And, trust me-- one can't really miss out on what one hasn't been utilizing, so this little stroll in the park is going to the same solo ride I've been taking for years. It just has the added benefit of special recognition if I manage to disprove all the naysayers hellbent on my "certain" inability to finish the race without catastrophe.

Training run #1 mirrored Cleveland in terms of climate, sans a seemingly endless sun-baked road. I particularly enjoyed the initial 6 mile loop, and came to the conclusion midway through the run that this course certainly offered something for everyone. There were some lovely stretches on mildly technical trails with a number of mini creek crossings, a few gradual trail climbs, the unfortunate horse trail portions that gave a dusty office a run for its money in the contest of Allergy Catalyst, and a few miles of dreaded pavement-- obviously not a high point for yours truly. I'm steady and quick on the more technical trail segments, which weren't as abundant as I'd have liked, but spaced well enough that I didn't suffer overly on the pavement long before the trail found me again. While we stopped several times to regroup for 2-3 minutes, our pace moving on the course was consistently between about 9:45 and 10:30, which was slow but comfortable. 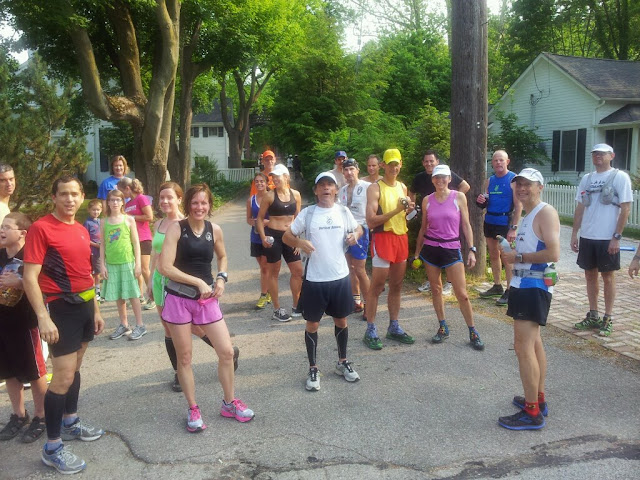 Approximately halfway through the 23 mile run, I enjoyed some watermelon and ice cubes provided by the family of one of the runners. There were other "ultra" food choices available (pretzels, m&m's, Gu gels), but I passed on them, of course, having adapted well to low-carb nutrition. Over the past 2 months I've trained my body to run efficiently and effectively on a diet nearly devoid of carbohydrates. Unfortunately, the only noticeable drawback to the lack of carbs is that I need seemingly an infinite amount of water, and I was as ill-prepared at this training run as I was at Cleveland the week before, and started to suffer a bit late in the run. I ran out of water more than once between aid stations. The heat was an excellent simulation of a late-July afternoon, especially with the added bonus of Ohio humidity. 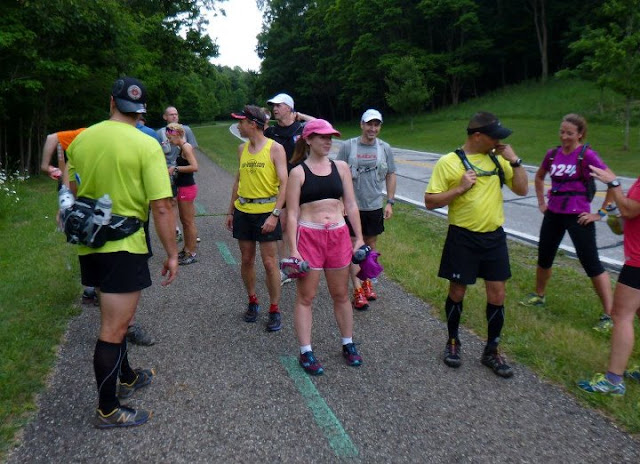 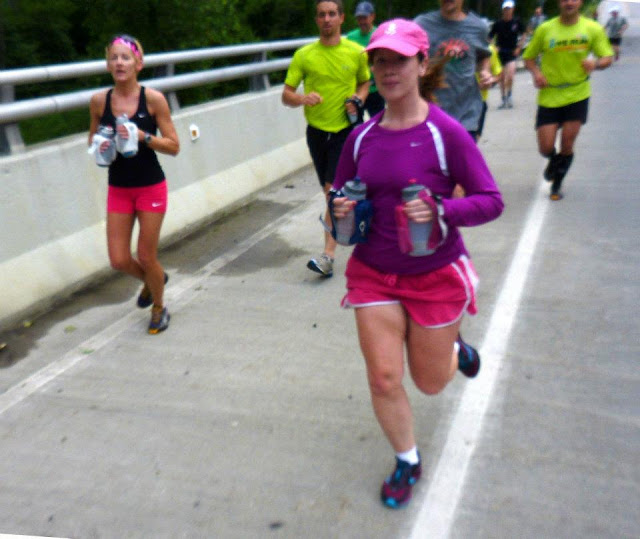 Training run #2 was shorter (17 miles) but, in my opinion, more pleasant because it utilized more of the mildly technical trail portions mirroring those in the first training run, with less time spent on the pavement. There weren't any significant hills (a few climbs, and one gnarly downhill portion), but plenty of beautiful landscape to steal one's attention. We paced the majority of the run, minus stops, at approximately the same pace as the previous training run (~10:00), but having taken a couple days off to rest my knee, my legs felt fresher than they have in recent memory, so the pace was difficult to maintain at times early into the run because I wanted to accelerate. Later in the race, I fell back a bit and enjoyed a few slower miles which felt good. I finished the training run feeling very strong. I carried a second hand-held bottle, and because the temperature was about 15-20 degrees cooler, I didn't have any issues with hydration. I carried water mixed with fruit punch flavored Nuun tablets in my first bottle and water in the second bottle. Like the first run, I found no need for gatorade, gels, or any other sources of nutrition. 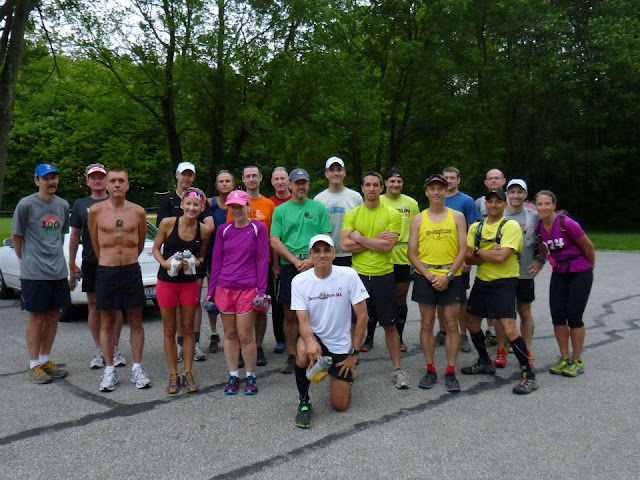 To date, we've covered approximately 41 miles. I'm pleased with the course, and it's been great getting to know some of the other runners.

Posted by Kimberly Durst at 7:07 PM