The Mini Wonder for the Ultra Runner

The 5k is not a personal favorite distance. Unlike the 50k trail race that is a mission of strategy, or the half marathon road race during which one has time to “regroup” after a bad start, the 5k is the Dance Blindfolded by the Firepit of race distances for me. Even though I have raced probably four times as many 5k’s than all other distances combined, and have been running them since I was 15—literally half of my life, I have yet to “figure it out” in regard to pace. Basically, as best as I can tell, it’s just a big ugly dash to the finish. 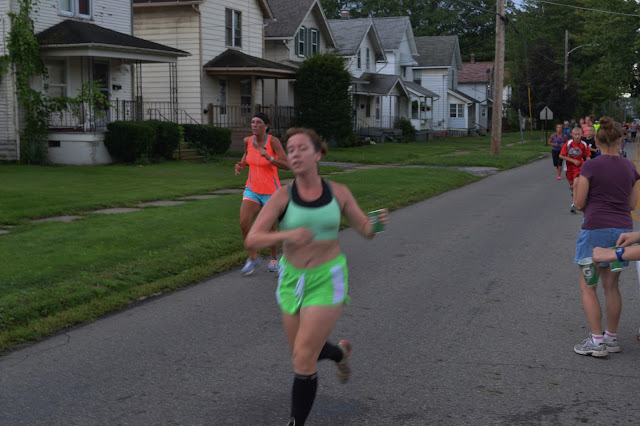 First, let me begin by saying that after you’ve finished a 100 miler, and ran the last 5+ miles of that 100 miler out of fear of missing a 30 hour cut off, nothing about 3 miles will ever or could ever again be daunting. I mean, there was a time when a 5k had its place in my life as The Big Event. I remember tapering in college for the conference and regional meets, and I remember marking my calendar and counting down the training days for certain local races. When I was a fresh-from-college unemployed 22 year-old, I remember all the hoopla that surrounded a charity 5k I ran that accepted canned goods as an entry fee and offered a post-race meal of burgers and hot dogs. I hauled ass two miles to the race with my plastic bag of canned corn banging a hearty bruise on my thigh as I dodged traffic en route to the race. Those days are long gone. Worse, I’ve decided that 50k is my favorite distance—trail 50k to be specific, events that often take longer than 6 hours to complete. Goals aren’t measured in 15 seconds in such an event; often they’re measured in closer to 15 minutes. So, feeding my brain a race plan or goal that boils down to less time than I spend at most ultra aid stations has admittedly done a number on my race psyche. 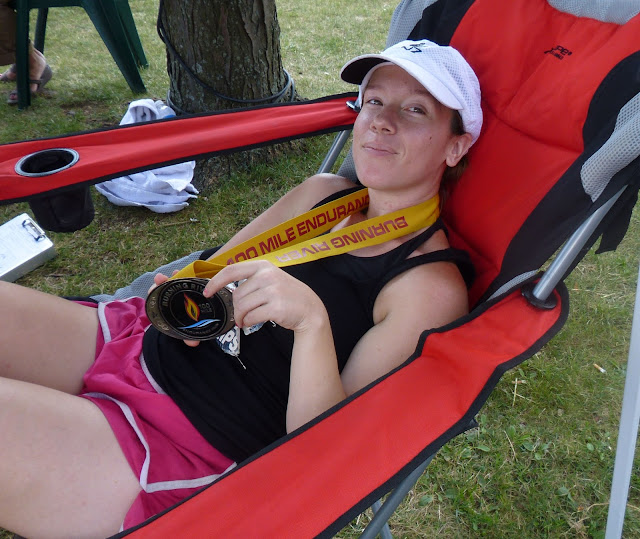 The Turtle vs the Hare: this is what I looked like after finishing 100 miles. It's also how I looked at every aid station after 50 miles (minus the really cool buckle...and the smile).

Nevertheless, I have a 5k PR that has stood untouched for nearly 7 years. Seven years. A lot of marriages don’t even last that long. I dragged said PR out of the closet on Halloween this past year like a skeleton getting ready to dance, and narrowly missed it by 8 seconds the night before a nasty trail marathon. That, unfortunately, is the only time I’ve come within even 45 seconds of matching it. In fact, there have only been three times I’ve even come within a minute of it since 2006. Three times. I’ve had more DNF’s at fat ass 50k’s this year.

That said, I didn’t step into this race with overly high expectations. I joked that I was going to beat the 21:50 PR, but in reality I expected to be chasing the 23 minute mark as I’ve done at every other 5k I’ve raced since July of 2009. That, unfortunately, has become my blanket, my comfort zone. I know that on a good day I can loaf through the third mile and still finish in 23:05, and on a bad day when my stomach hurts and I have a migraine or diarrhea, I’ll still probably finish in 23:55 even if the ground is spinning, I have a Charlie Horse and look like I’m doing my own rendition of the Harlem Shake. I slept like shit, but wanted to make the best of it. So, toeing the line at the start, I decided, “what the hell. Let’s run this thing like I have trained my whole life for it”. This lasted less than a quarter mile, at which point I realized I was already in 5th place with, it appeared, no real chance of moving up. 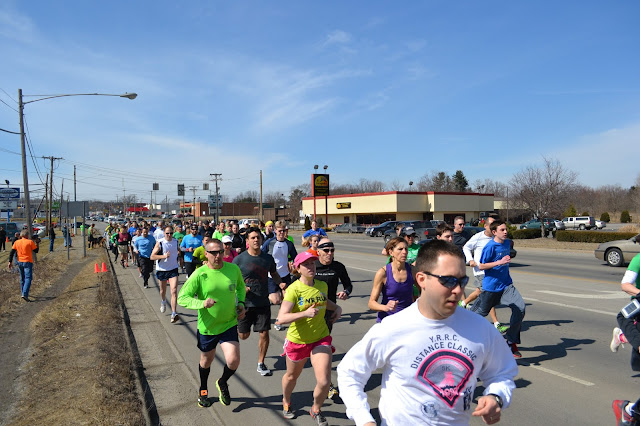 Realizing that I was no longer in contention for a cash prize, I was content with running a fast but realistic pace, rather than blow out on the first mile and try to salvage the scraps leftover for the next 2.1 miles. I’d say it worked like a charm except that it really didn’t. Two more women passed me—both on the second mile, pushing me back to 7th overall,  and I didn’t even come close to beating the 21:50 PR.  I did, however, finish in 22:38—the second fastest 5k I’ve run since either of my two children were born (May 2007 and February 2009). I snagged a nice trophy for winning my age group, and feel good enough to run again this evening. Tomorrow, it’s back to trails for me as I prepare for the Buzzard 50k on March 23rd, incidentally the day before my 30th birthday. 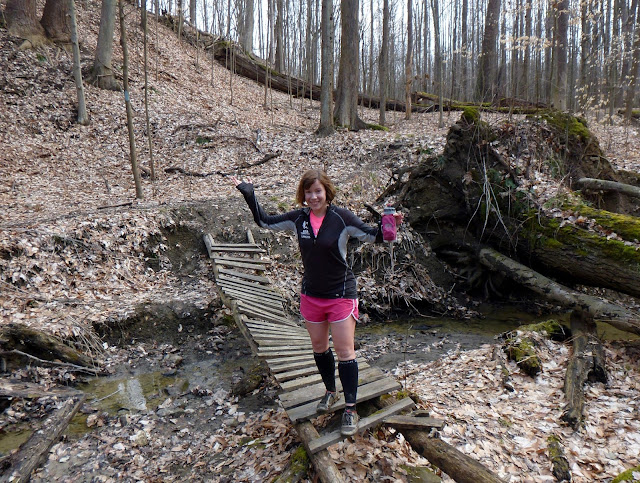 I still have a number of 5k’s this year, and hopefully I’ll bid that seven year PR adieu before we ring in 2014, but for now I’m content with having run a good race. The 5k, the ugly little wonder that it is nowadays for this cumbersome body that would rather be trotting along the trails for 6 hours dodging horse shit and fallen trees, go way back. We have history. And, we’ll keep making it, probably long after I’ve attempted my last 100 miler. Cheers to that.
Posted by Kimberly Durst at 3:09 PM